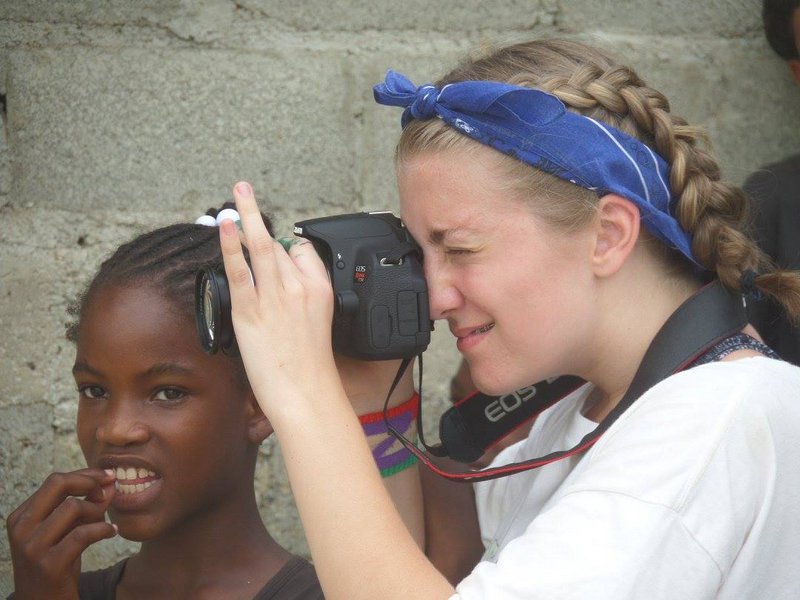 “The place God calls you to is where your deep gladness and the world’s deep hunger meet.”  Frederick Buechner

The experience of traveling outside the US alongside a group of strangers was somewhat terrifying, but I have never before come away from any sort of travel with such a perspective shift.  Walking into the village of Saman on the first day was disorienting, as well as inspiring- I wrote in my journal on that first night that—

I was ‘incredibly ready to begin the life-changing work in Saman, and to see the beautiful children with bright eyes’. 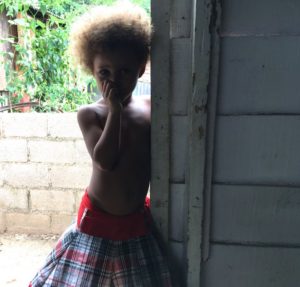 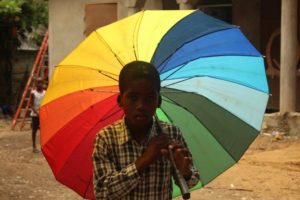 Having been the self-appointed photographer for our team, I was behind my camera for most of the trip.  And while every person who traveled to the Dominican Republic had a uniquely different experience, there was a feeling that we were sharing this adventure together.

The village was like nothing I’d seen before.  Homes were crammed together with little space to walk between them.  The residences which did have space around them were roped off by barbed wire that the children would grab dauntlessly.  Inside these homes were pictures on the walls; mementos highlighting accomplishments.  One family had countless medals displayed that were earned from running track, another had medals for singing.  Every home had things that should be preserved, but the holes in their ceilings were so abundant that there was no way their keepsakes would be able to stand the test of time.  We provided a temporary fix for these roofing issues with aluminum tape made to repair corrugated steel, but I was left wanting to do more. 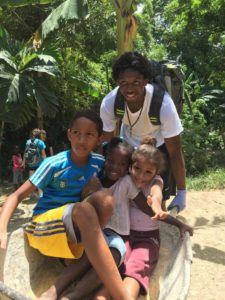 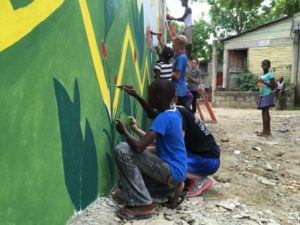 Every day since my return home, I have been thinking of ways I can help the wonderful people of these villages.  It was obvious that the people wanted help too- they want to be empowered to help themselves.  While we were roofing, villagers who didn’t even live in the homes we were repairing came forward to help patch the holes.  The murals completed in Saman were a community activity from start-to-finish; everyone wanted to pitch in, and they were all so studious about the work being done to make their village a better place.  The construction site was full of villagers of all ages, genders, and abilities ready to help haul rocks, mix concrete, or lay cinder blocks.

Everyone was so happy to be improving their community and helping their neighbors.

The entire village felt like a family, and all of us ‘gringos’ were so blessed to be welcomed with open-arms.  It has occurred to me that we are an instrument for their progress.  It was our fundraising, planning, and physically bringing tools, supplies, and people to pitch in that made all of this happen.  Again, I want to do more.

When you spend nine days trying to capture the spirit of people with whom you have a language barrier, it teaches you how far a smile and a few gestures of curiosity and kindness will take you.  Many people will tell you that a picture is worth a thousand words, and though the writer in me would like to reject that statement, taking a photo of someone with whom you cannot verbally communicate can give you a story all on its own. 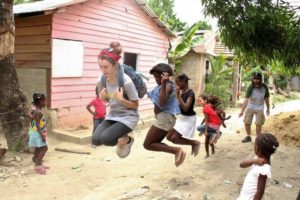 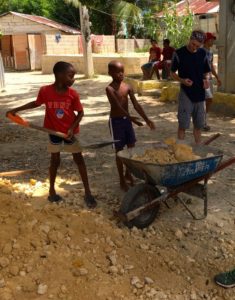 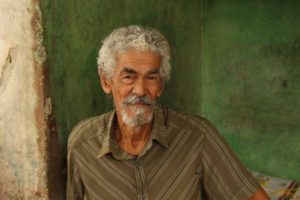 The village children were so similar to children in the US; they were silly and full of funny faces and pranks.  I can’t tell you how many times I was tapped on the shoulder only to turn around and find no one behind me.  It became commonplace for me to hear ‘Gringo! Photo!’ as children made funny faces, all posing together.  One older gentleman I approached about taking his photo even told me that not only could I take his photo, but that I had better take his photo!

It is difficult to convey what a gift it was to have their trust and friendship extended so easily.  Interactions like the ones I have shared here led to my leaving this trip with an overflowing love for these people and an overwhelming passion for the work that we did in this rural village.

I gained an appreciation for everyday things that I had always taken for granted.  I left the Dominican Republic with many new friends, a new perspective, and some amazing photos of an awesome experience.  And yes, I plan to do more.